Satellite photo of the northeast resulting from the extratropical transition from the previous Hurricane Ida on November 13, 2009. 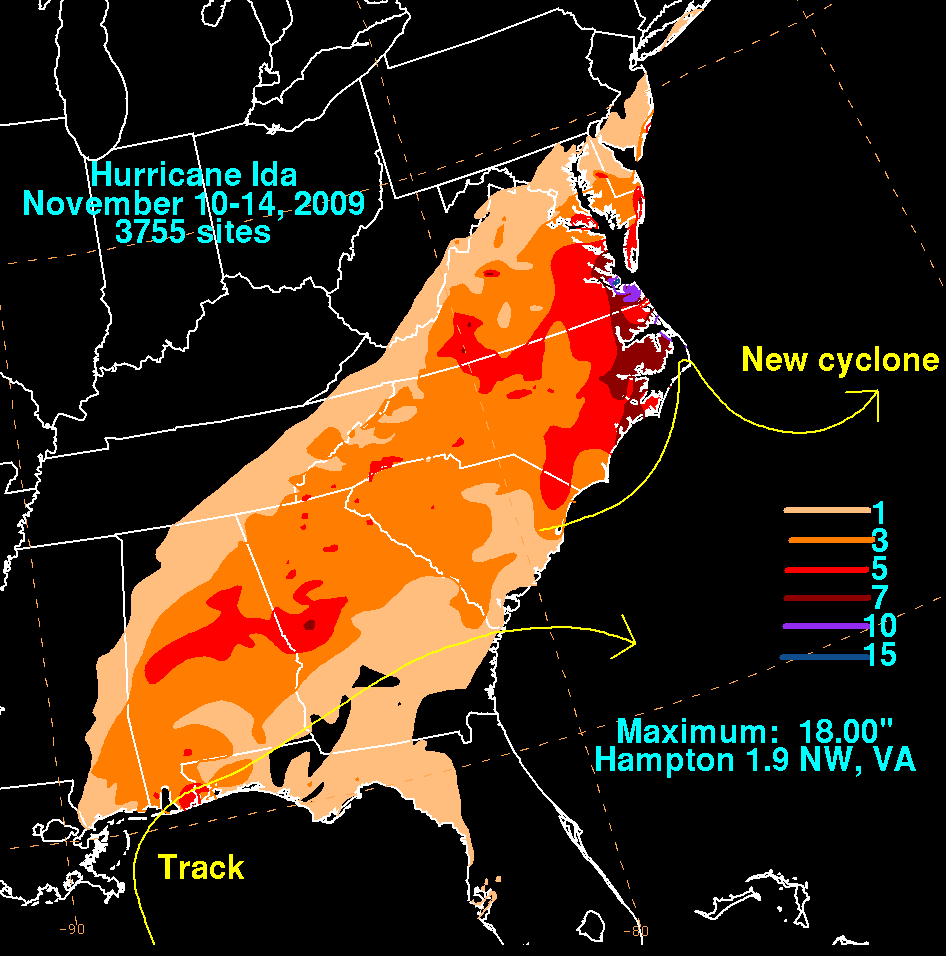 Precipitation from the tropical and northeastern Ida events in November 2009 was fairly heavy from the Gulf Coast to the mid-Atlantic, with 5 to 9 inches common in the Roanoke area.

Last week’s storm was not the first – or the worst – Ida to affect our region.

To be clear, overall, there is no comparison between last week’s Hurricane Ida and any previous storm to have the same nickname.

With its Category 4 destruction of swamp communities in Louisiana and the complete blackout of electricity in New Orleans, followed by a series of deadly and destructive tornadoes in New Jersey and Pennsylvania and the record flooding of the New York City by its remnants, last week’s Hurricane Ida surely crossed the boundaries of infamy to be removed from the list of Atlantic tropical names, never to be applied to another storm.

But this was not the first storm named Ida to affect the eastern United States. For our immediate area and much of Virginia, the November 2009 Ida was actually a much more impactful storm than the more recent one. , even with the fear of precipitation mainly north and west of Roanoke.

In the 2009 Ida, Roanoke recorded over 5 inches of rain in three days, compared to not even an inch in the most recent Ida. The coasts of the Carolinas and eastern Virginia were inundated both by rainfall of up to 10 inches in many places and by a storm surge that bit the beach and inundated homes.

Additionally, Ida 2009 has tangential links to both Hurricane Isabel of 2003, the most widespread hurricane in Virginia in state history, and the record-breaking snowstorm of December 18-19, 2009. We will come back to that.