A driver who fled officers from Mancos on Sunday south to Cortez and is believed to have driven through downtown Cortez at high speed on Sunday night, was involved in a crash involving two vehicles that left people injured, according to Cortez Police Department.

The crash happened around 6 p.m. on US 160/491 in southern Cortez within the city limits, said Deputy Police Chief Andy Brock of the Cortez Police Department.

The car was traveling at high speed from Mancos, he said.

Due to the car’s excessive speed, a Montezuma County Sheriff’s Deputy and Cortez police officers did not pursue the vehicle with lights and sirens for public safety reasons. Cortez’s officers tracked the car from a distance, Brock said, lost sight of it, and then stumbled upon the crash.

Montezuma County Sheriff Steven Nowlin, who was on vacation, said Tuesday evening he was not informed enough to comment on the incident.

The suspect vehicle was heading south on US 160/491 at the southern edge of town when it crossed the northbound lane and collided with a pickup truck. The car returned to the southbound lane, hit a rock face, and then rolled over on top, Brock said. 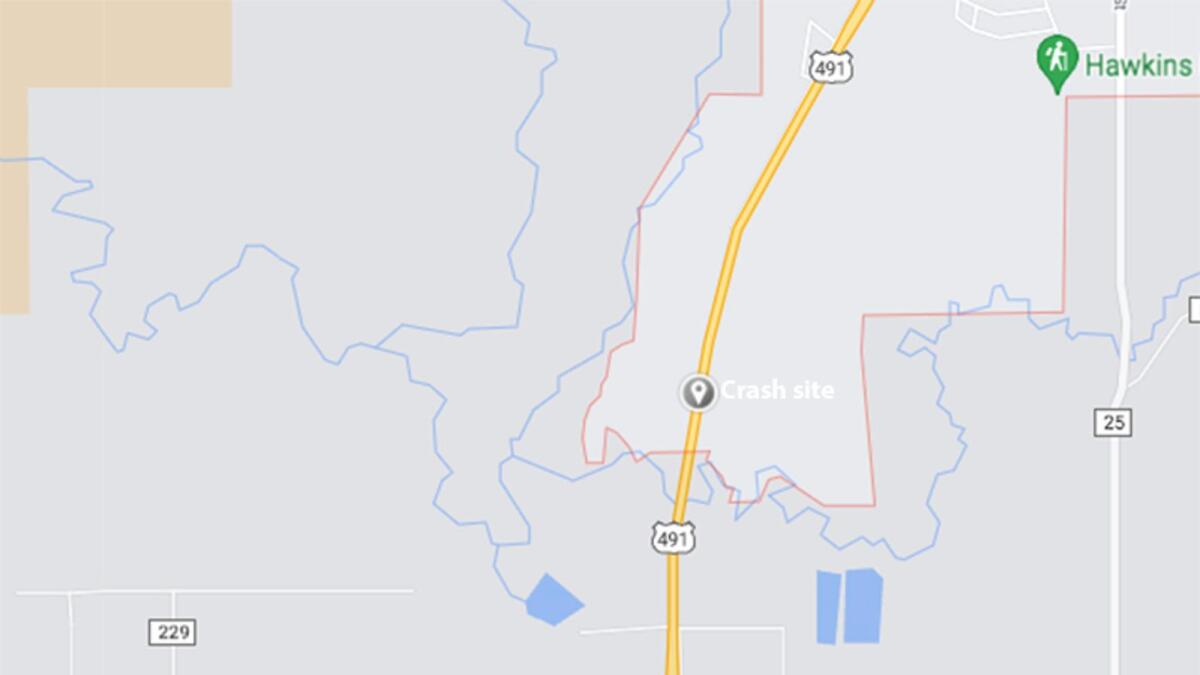 The driver and passenger were injured and transported to Southwest Memorial Hospital. The injuries were not life threatening, Brock said. neither was wearing a seat belt.

The driver of the car and her male passenger were arrested and taken to the Montezuma County Detention Center, Brock said. Their identities and possible charges were not disclosed. Police and sheriff incident reports were not released Tuesday night.

The northbound truck had three occupants and the person in the back seat had broken ribs, Brock said. All three people in the truck were wearing seat belts and were examined at the hospital.

â€œIt was a surprise that everyone survived,â€ said Brock, given the damage at the crash site.

The incident began in the Mancos area when an assistant from the Montezuma County Sheriff’s Office attempted to stop a vehicle for an alleged traffic violation, Brock said.

The vehicle sped west on US 160 towards Cortez, Brock said. Due to the high speeds, the vehicle was not chased by the deputy sheriff for public safety reasons, Brock said.

“We didn’t want to increase the danger of the situation and endanger the public,” he said.

Police officers in Cortez were alerted by the deputy sheriff to the approaching high-speed vehicle. An officer from Cortez began to direct traffic out of Main Street in anticipation of the passing vehicle and saw the suspect vehicle speeding past.

Another Cortez police officer posed spikes on West Main Street, Brock said. The vehicle cut the spikes with a tire, but continued south on US 160/491.

The vehicle then allegedly passed through oncoming traffic and crashed with the pickup truck, Brock said.

Traffic has been halted in both directions, according to a person waiting for the road to reopen.

The passenger vehicle was impounded and a search warrant was requested, Brock said.

This article will be updated when more information becomes available.