PRISTINA, Kosovo (AP) – The EU chief executive on Wednesday called on Kosovo and Serbia to resolve their differences through dialogue and ease recent tensions over license plates.

European Commission President Ursula von der Leyen was in Kosovo’s capital, Pristina, to meet with senior leaders as part of her regional tour ahead of the EU-Western Balkans summit on October 6.

â€œIt is vital that Kosovo and Serbia normalize their relations,â€ she said at a press conference with Kosovar Prime Minister Albin Kurti. â€œThe EU-facilitated dialogue is the only platform to resolve the current crisis. “

Representatives of the two countries met in Brussels on Wednesday, facilitated by EU envoy Miroslav Lajcak.

Last week, the Kosovo government deployed special police forces at border crossings to impose a new rule to remove Serbian license plates from cars entering the country, saying a 10-year-old deal had expired . Pristina said they are replicating what Serbia has done over the past 10 years.

The Kosovo Serbs blocked the border with trucks and people could only cross it on foot. Serbian military jets and helicopters flew near the border with Kosovo in an apparent show of force.

â€œWe understand that it’s not just a matter of license plates,â€ said von der Leyen. “We all know it’s more about how this region is going to move forward and whether we are going to be able to go together, the path of integration and our European values â€‹â€‹here.”

Kurti reiterated the offer that both countries drop the temporary license plate rule as a solution.

The EU, NATO and the US urged Kosovo and Serbia to exercise restraint and refrain from unilateral action.

Von der Leyen visits the six Balkan countries to make sure their future is in the EU.

The countries of the Western Balkans – Albania, Bosnia, Kosovo, Montenegro, North Macedonia and Serbia – are at different stages on the path to EU membership. The bloc’s stalled interest in enlargement and years of diplomatic turmoil with Britain over Brexit are some of the factors holding back their progress.

â€œI am a strong supporter of the enlargement process. I want the Western Balkans by our side. This is where you belong. We want you. We need you, â€she said. 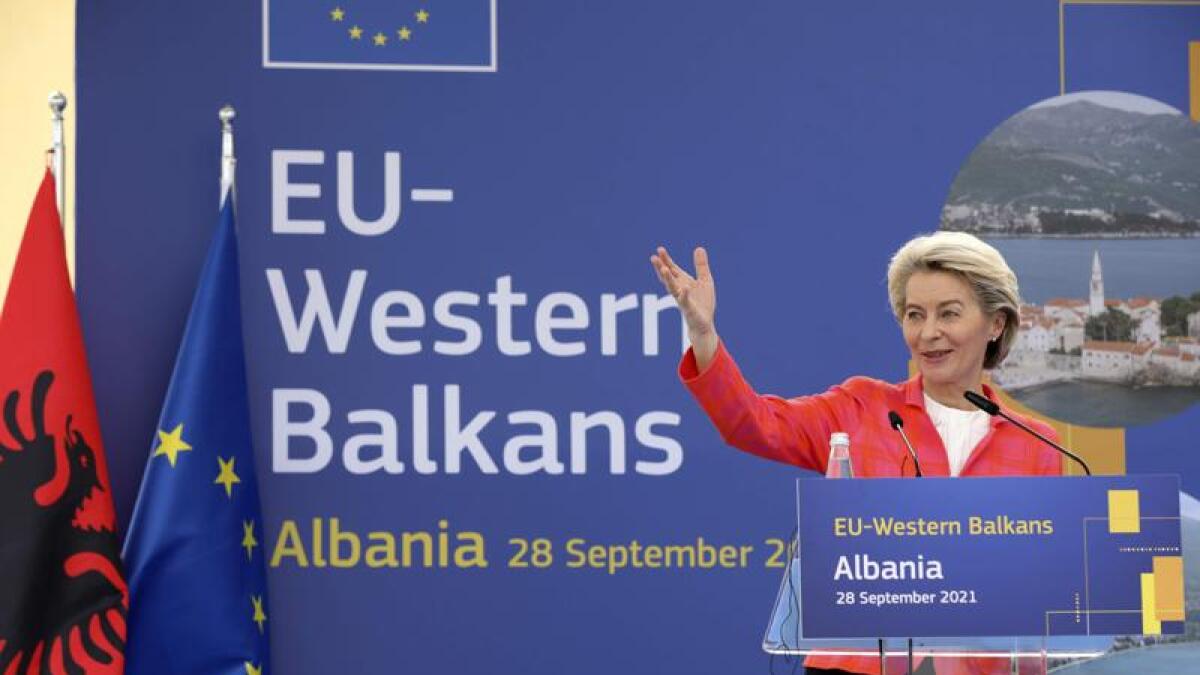 European Commission President Ursula von der Leyen speaks to media during a joint press conference with North Macedonian Prime Minister Zoran Zaev after their meeting in Skopje, North Macedonia on Tuesday September 28, 2021. A senior European Union official expressed hope on Tuesday that Albania and North Macedonia will open accession negotiations with the bloc by the end of this year. (AP Photo / Boris Grdanoski) 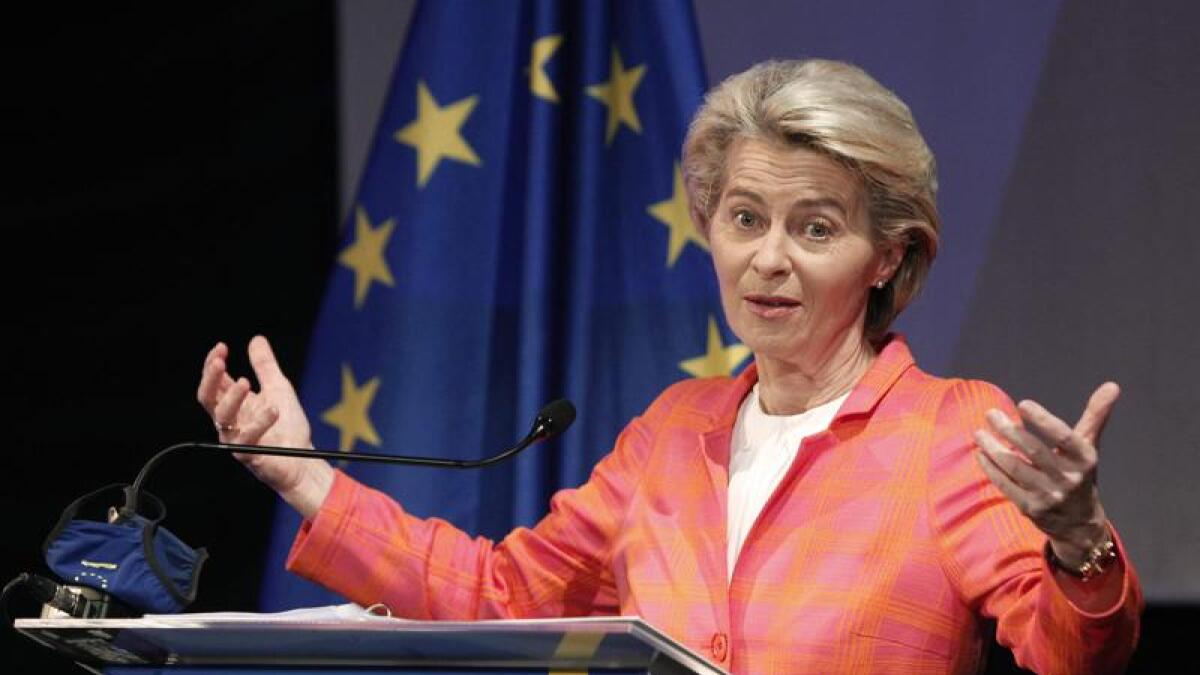